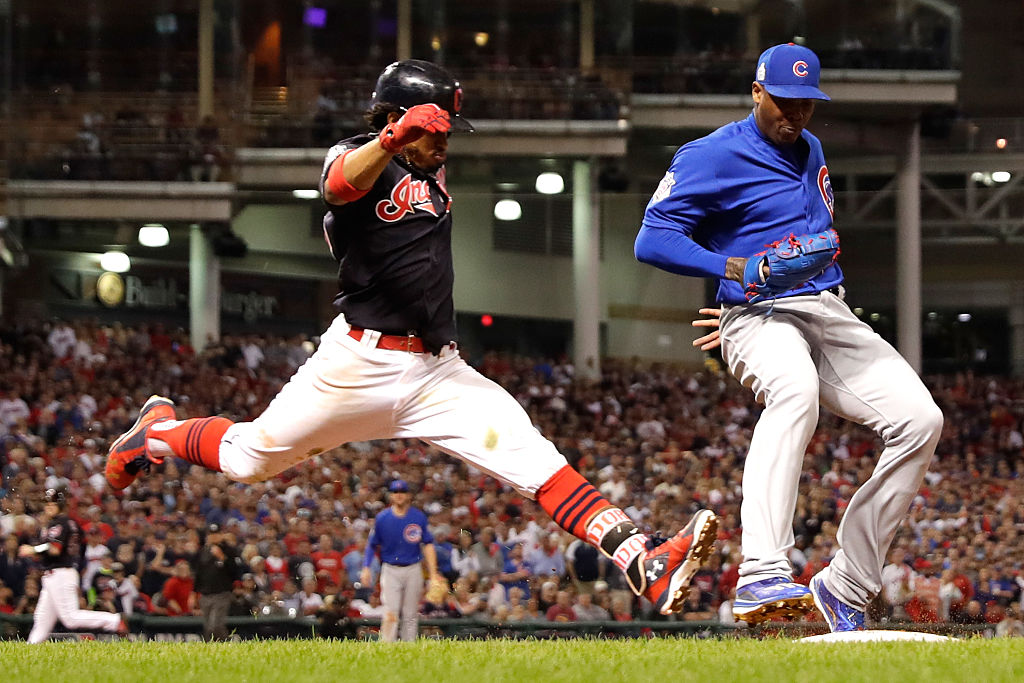 Freezing Cold Takes dedicates itself to taking a look at all of those proclamations and predictions that have gone wrong over the years as a way to have a laugh about the unpredictability of sports and hold analysts and experts accountable. But what would the coldest of takes gone horribly, horribly wrong be without just a few that turn out to be brilliant strokes of genius?

Here are our choices for the “Cold Take Honor Roll” of 2016, those people who stood above the rest in their ability to pontificate and prognosticate. And if you are one of the lucky ones to earn this elite status, enjoy it, because you never know when you might make it to the regular edition of Freezing Cold Takes.

Not only did the Cleveland sports radio personality nail his Finals prediction of Cavs over Warriors in seven games, he nailed the exact number of Cavaliers victories in the regular season!

Did you know the Warriors blew a 3-1 lead in the Finals to those Cavaliers by the way? At least one person called that shot…

Cavs will win 3 straight and shock the world. Remember this tweet

The NFL writer at The Score listed Dallas Cowboys rookie RB Ezekiel Elliott as a long-shot candidate for NFL MVP before the season began. When you read his reasoning why, it sounds exactly like how the Cowboys season has played out:

A rookie running back winning the MVP? With a rookie quarterback probably starting about half the season before a quickly aging, injury-riddled quarterback returns to finish up the campaign, the Cowboys are going to ride Elliott.

Better yet, they are going to ride Elliott behind what is now by far the best offensive line in the NFL. With La’el Collins more experienced, this could be an even better blocking unit in 2016…which is frightening. Not only is Elliott going to get a ton of carries to ease the burden on both his quarterback and a defense that is rather devoid of talent, but he should also see an awful lot of safe, short targets from either Dak Prescott or Tony Romo.

Elliott almost seems like a lock for Offensive Rookie of the Year honors, and it isn’t far-fetched to envision him leading all running backs in combined yards from scrimmage. If Dallas, with one of the easiest schedules in the NFL, can win the soft NFC East and Elliott goes over 2,000 combined rushing and receiving yards, the youngster could have a very valid case for the MVP.

All the way back in May at least one writer was on board the Washington Huskies bandwagon as a CFP sleeper team.

Could the Washington Huskies be a dark-horse contender for the College Football Playoff?@PFF_Steve thinks so: https://t.co/TmSzy4Dgs8

* It’s also worth noting here the college football world furrowing their collective brows at Portland State coach Bruce Barnum for saying he’d put his mortgage on the Huskies winning it all this year. Partial credit to Barnum because they made the playoff, but it’s still a long way to go to get on the full honor roll.

. @chrisrenfrow @PatrickOBryant Louisville fans can favorite this: Cards will not be better than 17-7 in its first 3 ACC years.

This man knows a valuable truism in sports – never bet against the Tess Effect. Notre Dame-Texas did indeed go two overtimes, and it was a classic game that produced some truly cold takes as well!

Joe Tessitore/Todd Blackledge/Holly Rowe will call #NotreDame-Texas. Never too early for the Tess Effect, so I’ll go ahead and predict 2 OTs

Speaking of Texas Longhorn football games, some props are due for Athlon Sports’ Allen Kenney. Kenney’s prediction that Oklahoma would beat Texas 45-40 in October’s Red River Rivalry game was dead on point.

Dion Waiters just took his jersey off walking into the tunnel. I think this means he's signing with the Heat.

Not all “bold predictions” are created equal, but the former NFL QB and son of Phil Simms saying Tom Savage would start for the Texans at some point this season back in August certainly qualified in light of Brock Osweiler’s megadeal. It took until Week 16, but it finally happened.

Now, when you make a zillion “BOLD PREDICTIONS” for your made-for-TV fake sports debate shows, eventually one of them is going to be right just by the laws of probability. Still though, even we have to give credit to Skip Bayless for getting the Warriors winning 73 games.

Marlins season prediction: 79-83 and 3rd place in the NL East.

*The Marlins actually finished in 3rd place at 79-82 as one scheduled September game was cancelled and never made up because of the tragic passing of Jose Fernandez.

Just about everyone was down on Red Sox pitcher Rick Porcello after his awful 2015 season when he went 9-15 with a 4.92 ERA. Barstool Sports’ Carrabis, however, was a believer in “Pretty Ricky”…

Indians reliever Andrew Miller was the dominant pitcher of the MLB Postseason. So seeing this Peter Gammons tweet might not be a big shock. But consider the date all the way back in 2010. At the time, Miller was just 15-26 as a starting pitcher with zero relief appearances to his name. This is why Gammons is one of the best ever.

I still believe Andrew Miller can be a dominant reliever. Always been my call that he'd get it @ 27.

It wasn’t that hard to predict success for the Cubs and Indians this year given how stacked both rosters were… but it did take some foresight and some bravery to pick the longest and most famous championship drought in sports to come to an end in prophetic fashion.

.@StratOMatic #Cubs over #Indians in the World Series. Because, it just feels like it's time. #MLB2016 #OpeningDay #Optimism

My 2016 World Series Prediction? #Cubs over #Indians. Check out the rest of my #MLB Predictions here: https://t.co/tFoxqn5fxN