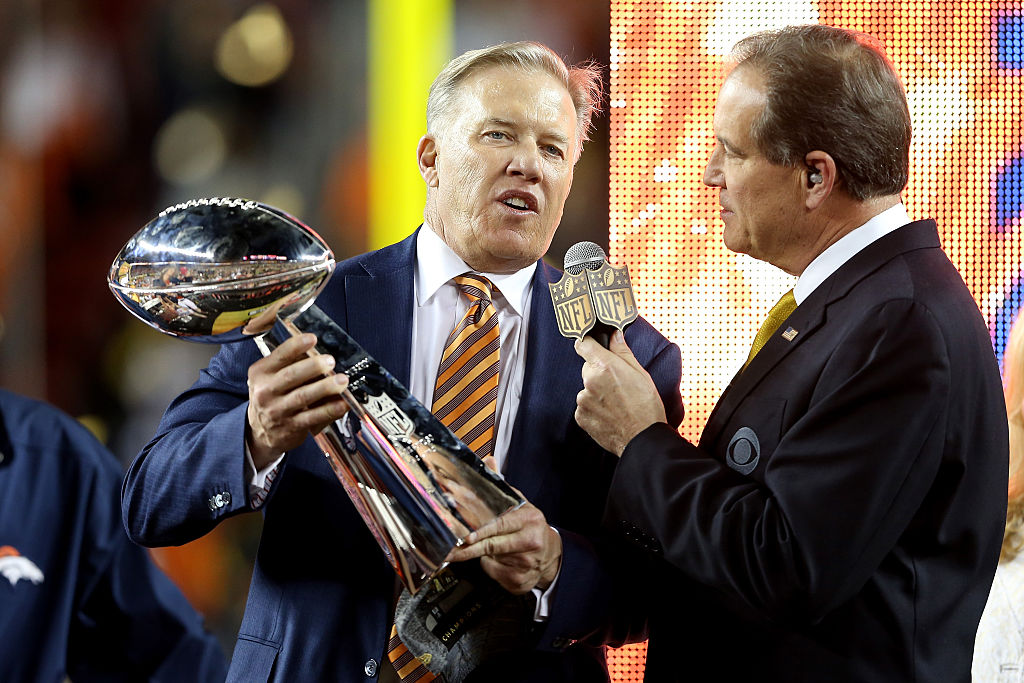 The San Francisco 49ers went way out into the left field bleachers for their new General Manager hire, stunning the football world and hiring John Lynch out of the Fox broadcast booth.

Lynch has been a television analyst for Fox for a few years now, and has work has been respected enough that he earned a promotion to the network’s #2 broadcast team alongside Kevin Burkhardt. He was also an All-Pro safety for a number of years with the Buccaneers and Broncos and is a Hall of Fame candidate.

Lynch has an impressive resume in the NFL, but the hire still left some folks scratching their heads given he’s been in television recently.

I like John Lynch and hope he succeeds. But every scout/personnel guy who has spent decades trying to climb GM ladder should be disturbed.

"The Browns are laughing at the 49ers right now"

This is not the craziest thing the 49ers have done in the post-Walsh era, but it's in the WTF Ring Of Honor.

my 2 cents: the sf 49ers may be the worse run org in sports. chased out harbaugh, now handing power to announcer/ex-player

Maybe it’s because we’re still too close to the Detroit Lions hiring another Fox NFL analyst as their general manager in Matt Millen. That… didn’t work out so well.

But we’re here not to pile on the 49ers and their fans, who have been through enough scorn and skepticism already and have a track record right next to the Cleveland Browns as the worst franchises in the NFL. We’re here to give them hope for the future! Because there was another all-time great NFL player recently hired as a rookie executive (and in short order GM) in the NFL. That was John Elway of the Denver Broncos. All he did was build a Super Bowl winning franchise.

The Broncos have just introduced John Elway as the team's new president. Why would they turn to a car dealer?

Of course you know Anonymous NFL Scout had to have their say in the matter. Pro Football Weekly posted these nuggets back in December 2010:

The following quotes are from NFL scouts, coaches and front-office personnel, speaking on the condition of anonymity:• “(Broncos COO) Joe Ellis does not know what he does not know (about) running a football team. What he needs is a proven football man who can run the daily operations. That is not John Elway. Elway is a figurehead. They need someone who can come in and stabilize the football operations fast — someone who brings instant credibility and respect at all levels. Fans might like Elway, and the owner might like Elway, and the players might like to have him around. But look at that division. You’ve got Al Davis, (Chargers GM) A.J. Smith and (Chiefs GM) Scott Pioli in place. I knew John’s father, Jack, and he was great guy, but he coached and scouted all his life. He was a grinder. (John) is going to be in for a rude awakening. It reminds me a lot of when ( Dan) Marino was tinkering with Miami. Wait until (Elway) finds out how much time it requires.”

“Broncos should say no thanks to Elway”

It would be a huge mistake, in our view. Elway hasn’t worked as a scout, grinding away by riding puddle jumpers to backwoods colleges in search of low-round draft picks. He doesn’t know what to look for in a lineman or a linebacker or a defensive back or any other player, except maybe a quarterback. (Maybe.) He hasn’t officially worked in any capacity for a football team, other than as a player.

And so putting him in charge of football operations would be nearly as foolish as giving the job to, say, Woody Paige. The only difference in the skill set is that Elway has played the game. Actually, Paige would potentially be more qualified, because he would be more inclined to acknowledge the limits of his knowledge — Elway would assume that his ability to throw the ball naturally translates into an ability to run the show.

“As Elway prepares to join Broncos, other teams nod and smile”

Meanwhile, a buzz is emerging in league circles regarding the possibility that Elway will waltz into the Broncos front office, Matt Millen-style, and potentially run a team without the experience or, possibly, the skill to do so.

“Please let the Elway rumor be true!” an executive with another AFC team told us via text message earlier this week.

Elway’s potential impact will depend on his responsibilities — and on whether he’s willing to acknowledge the limits of his abilities and to designate accordingly to folks who know what needs to be done.

“Broncos give the keys to John Elway”

Sorry, folks, but we remain very skeptical about this. Elway is getting the job without paying the dues. Watching film with his father and running an AFL franchise isn’t the kind of experience necessary to run an NFL team, and it’s sort of an insult to the men who have earned their stripes by grinding for years, learning the business from the bottom up and earning each next rung on the ladder.

It’s almost as if Bowlen and Ellis don’t know what else to do, so they’ll give the keys to a guy whose only real qualifications are his ability to throw a ball and the fact that his presence will sell tickets and/or restore hope, false as it may be.

John Lynch might not have the success of John Elway and he might not be the abject failure that Matt Millen was. In all likelihood, he’ll be somewhere in the middle as 49ers general manager. And who knows, perhaps given where the 49ers have been as a franchise recently, “somewhere in the middle” will feel like a Super Bowl triumph.