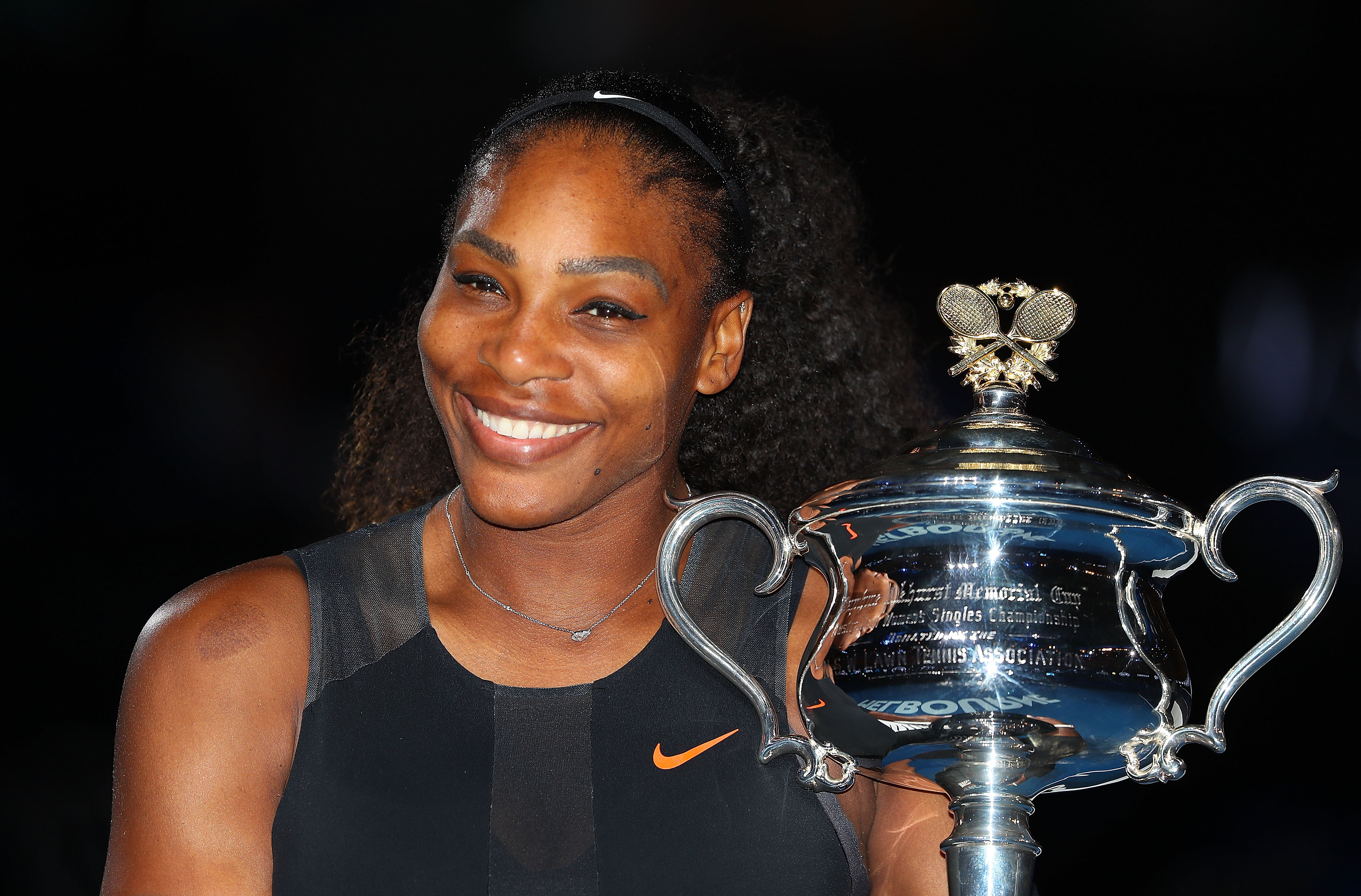 After defeating her sister Venus Saturday in the Australian Open final, Serena Williams notched her mind boggling 23rd Grand Slam singles championship, breaking the open-era record and cementing herself as the greatest womens tennis player and one of greatest American athletes that has ever lived.  What’s even more amazing about Serena’s accomplishments is that for roughly seven years, people have been constantly questioning whether her career is in decline and whether her dominance has ended. At one point, some even questioned her ability to win another Grand Slam.

The launchpad of the Serena-doubting phenomenon began after the 2010 after she announced in November of that year that she would be withdrawing from upcoming Australian Open due to a knee injury.  At this point, some were at least beginning to bring up the question of whether Serena’s career was in decline…

Serena Williams withdraws from Aussie Open with foot injury torn tendon) Really sucks 4 the sport. She owned that tournament. End of an era?

In March 2011, Serena announced that she suffered another, and rather scary, setback when she suffered a hematoma and pulmonary embolism, forcing her out of the 2011 French Open. She finally came back, after almost a year away from the tour, to compete in the Wimbledon tune-up tournaments in June. Her trip to Wimbledon, however, turned out to be a disappointment as she was bounced by Maria Bartoli in the 4th round, The shocking loss, of course, triggered some more “end of an era”-like speculation…

@jon_wertheim – Has the state of U.S. tennis ever been worse than it is right now? Roddick & Williams sisters declining. Who is the future?

#NewSportsWorldOrder: Tiger, Federer, Kobe, Serena & Venus are in, or heading rapidly toward, their sporting twilights.

In Tennis.com, Pete Bodo wrote this in a piece titled “End of an era?“:

No era or dynasty ends on a specific day, although sometimes it may appear to. Who can forget the day the Berlin Wall came crashing down? Or that image of the last helicopter, taking off from the roof of the American embassy in Saigon with people hanging onto it? Yesterday, the day when Venus and Serena Williams both crashed out of Wimbledon within hours of each other, felt a little bit like one of those days.

After the disappointing Wimbledon exit, Serena couldn’t muster a championship in the next four Grand Slams, including a stunning 1st round loss in the French open against relatively unknown Virginie Razzano.  After that match, the questions and comments about Serena’s future heated up.

A piece from The Atlantic titled “The End of Serena Williams” featured a roundtable of writers discussing whether Serena had reached the end of her dominance. Here’s one member of the roundtable, Hampton Stevens:

You can call Serena “leaky boat,” because it’s time to start bailing.

Oh, you could chalk up Serena’s meltdown to the presence of chair umpire Eva Asderaki—the same official who made the notorious call against Williams for screaming during last September’s U.S. Open final. Don’t. Did you mention the two foot surgeries and blood clots in her lungs? Yikes.

Is Serena done, Hampton? That’s like asking if water is wet, or if FOX’s new show The Choice is a major step backward in human evolution. Serena’s been done since she stepped on that broken glass at a Munich restaurant in July 2010, despite her 2011 U.S. Open finals appearance…

Now Serena has fallen in the first round of the Grand Slam, an even bigger deal than it appears. In order to string together seven straight victories and win a major title, tennis players have to be confident that they will show up with a killer instinct EVERY DAY, not just when Maria Sharapova or world No. 1 Victoria Azarenka is on the other side of the net. Serena is too powerful and too experienced to simply count out, but I’ll be stunned if she wins another major.

A May 31 article in the in the Daily Beast declared that “tennis fans can no longer count Serena Williams as queen.”

In a piece for Grantland, Rembert Brown pondered “Is this the end of the Williams Sisters Era?” Although it should be noted that, in the piece, he did not close the door completely on them.

Williams was once considered the greatest in the world. Now we are wondering if she will ever see another final.

There is no doubt Williams is one of the greatest female tennis players of all time. However, as her career arcs downward, she is only leaving a stale taste in her fans’ mouths.

There were plenty more…

I'm telling you, the end is near !!! RT @CBSNews: Serena Williams loses in 1st round of major for 1st time http://t.co/kgL6eMOj

@ItsTanaMarie Yeah I remember that. She seems like she will have to carry the torch because he Williams sisters are declining

I love Serena, but this may be the beginning of the end of her. She is 30, which is old in tennis years. I bet she wins 1 more grand slam

Williams sisters are close to retirement, Clijsters has been injured and is retiring after the US Open.

Since 2012? Serena has won a remarkable 10 more Grand Slam championships and speculation about her future has died down considerably.  It appears people are being a bit more cautious.