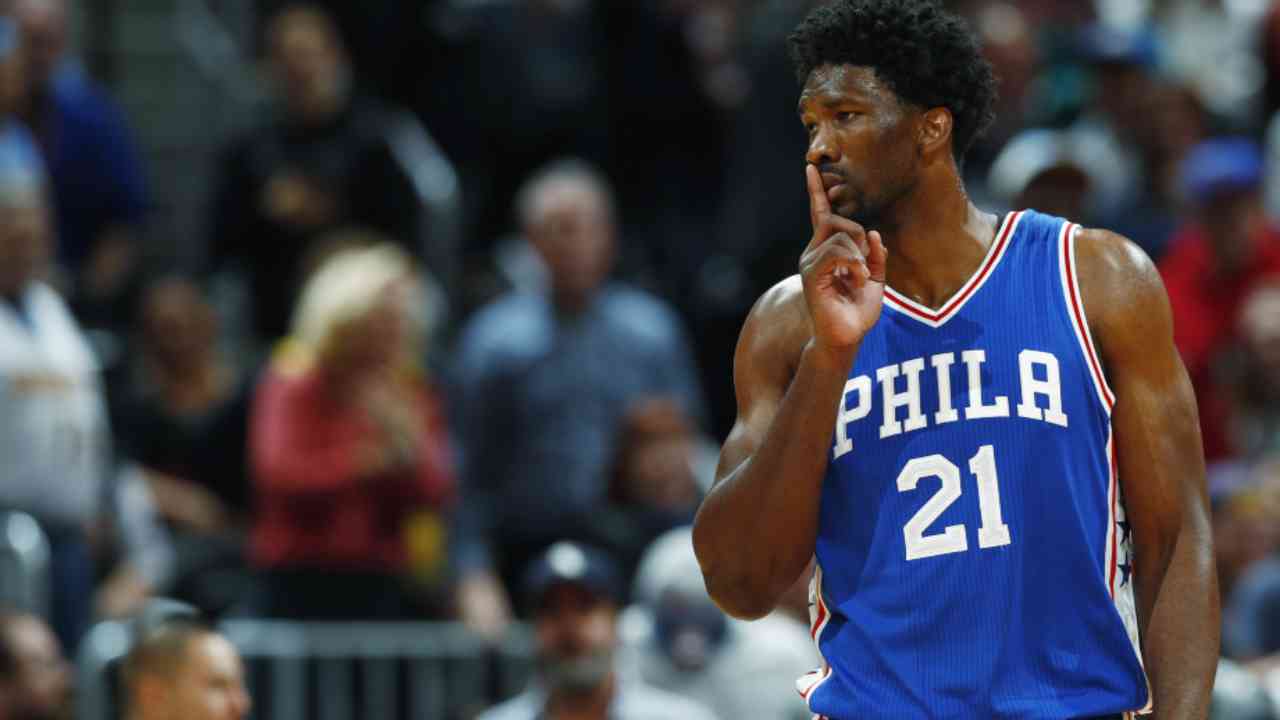 Joel Embiid might never play a game for the Sixers, according to many self-appointed basketball and medical experts over the past couple of years. Not only is he playing games for the Sixers now, but he just might be heading to the all-star game in a Sixers uniform.

Tom Penn murdering Embiid, mentioning him in the same sentence as Greg Oden.

Joel Embiid is the next Greg Oden.

Joel "Greg Oden 2.0" Embiid looks very confused after being drafted by the 76ers.

Right now, Embiid has to be right there with Greg Oden as two of the biggest, if not biggest #NBA draft busts of all time. #76ers

When an injury brought an early end to Joel Embiid’s only season of college basketball at Kansas, the big man went from being as close to a pure lock for the No. 1 overall pick in the upcoming NBA Draft as there was to being compared to Greg Oden, who never saw his NBA career really take off due to his own injury issues. When big men get hurt, it becomes a big concern. The Philadelphia 76ers drafted Embiid with the third overall pick in the 2014 NBA Draft but was then ruled unlikely to play in his first season in the pros due to a broken bone in his foot. At a time when the 76ers were undergoing a massive shift in how the franchise was being run under former general manager Sam Hinkie, fans were being asked to “trust the process” as the Sixers looked to a more long-term future rather than immediate turnaround. Embiid would become the face of the “Trust the Process” movement as fans rallied behind the idea that patience would lead to a brighter future with sustained success, even if that meant having to wait a while to catch a glimpse of Embiid in action.

The anticipation grew over the year as it was expected Embiid would get a chance to play in the 2015-16 season, but a setback in his recovery led to more frustration among Trust the Process critics and fans still believing in the master plan. Embiid would end up missing the entire 2015-16 season following surgery on his right foot. Once more, those taking aim at the Sixers felt they had some good ammo as the Sixers were continuing to ask fans to believe in the long-term future while the losses continued to pile up in embarrassing fashion on the court.

That flushing sound is Embiid's career going down the toilet.

.@MikeMiss975 on Joel Embiid: "He will never play for the 76ers" because of foot injury pic.twitter.com/HiN764TQDx

Joel Embiid needs to figure out a way to start getting paychecks for his Twitter game because his bball career is ova.

Big man with multiple breaks will never be able to play.

I know because I am a Medical… http://t.co/mrQZVxQHUL

Thanks for the medical opinion. I now know never to consult with you the next time I need medical advice!

What a joke. And Sixers fans will endure at least another year of 60+ losses, because they messed up the 2014 draft so terribly. #MagicBeans

As the Sixers were stockpiling players they believed could become the nucleus of the franchise for years to come or key trading pieces to build a solid roster, what to do with Embiid was often questioned. Should the Sixers accept the reality of the situation and simply move on from Embiid at whatever cost just to focus on other players on the roster like Nerlens Noel and Jahlil Okafor? The three big-men dilemma had no shortage of opinions on what to do.

Okafor's a better player. Get rid of Embiid and be done with it https://t.co/6FzTCXVgId

For Joel Embiid takes and criticisms of the Sixers, one man in Philadelphia sports media has become The King in this game. Howard Eskin has never been shy about taking shots at the Sixers, so the Joel Embiid saga has given Eskin plenty of opportunities to serve up some predictions that turned out to be way off the mark. What makes it even more humorous is Eskin’s son, Spike Eskin, is among the leaders of the Trust the Process movement. The two of them have had some great back-and-forth commentary on the Sixers that have caught our eye, although the elder Eskin seemed to take more shots at the now former GM of the Sixers, Sam Hinkie. Embiid was merely the offspring of what Eskin felt was a scam.

All the Hinkie-ites believe in #sixers Sam Hinkie and his "steal" of Joel Embiid in draft can't feel good. #damagedgoods

They came into a total mess. Took 3 years to bleep this up and fix it in months. https://t.co/U2FwBzxySy

Can somebody tell @SpikeEskin it's over for Scam Hinkie. The process for #sixers failed. It's results and other teams have made good picks.

As for Embiid, well, he did this yesterday.

Stauskas provides the defense that leads to this big slam by #NBAVote Joel Embiid. pic.twitter.com/kvOqUzHYXv

Embiid seems to be playing just fine here in the year fo 2017 so far. And the Sixers may be turning a corner and are destined to get better once 2016 No. 1 pick Ben Simmons gets into the mix. Maybe this process is working out well after all. Embiid may even be Rookie of the Year, three years after being drafted.