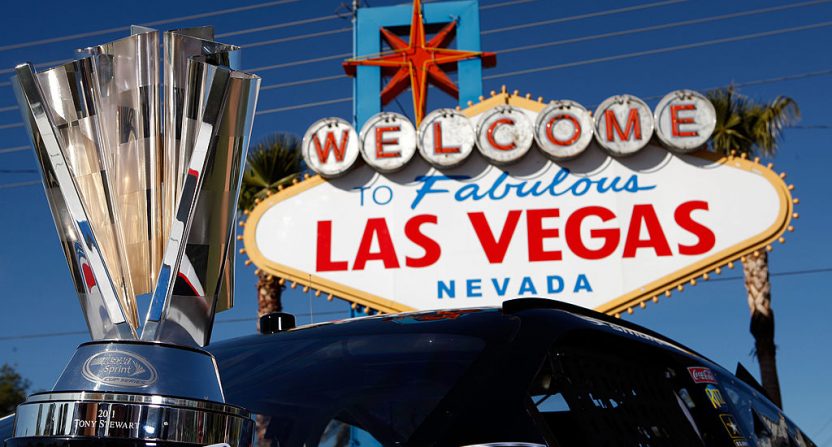 A professional sports team actually moving to Las Vegas has been taboo for decades. Specifically, the conventional wisdom dictated that the NFL of all leagues would never in a million years allow one of its teams even near Sin City.

We all know the reasons why this has been the case. The NFL and other leagues have been keen to keep legalized sports betting as far away from their entities as possible for fear of fixing games. The Vegas culture and nightlife is spooky to owners who prefer to keep their clubs on the straight and narrow. Then there’s the question of whether there would even be enough fans to generate interest in a Vegas pro sports franchise.

But 2017 is a new age. And moving forward Las Vegas won’t just have one pro team but two – the Vegas Golden Knights expansion team of the NHL and the Las Vegas Raiders in the NFL moving from Oakland.

If there was any established franchise to ever move to Las Vegas, it would have to be the Raiders and all that they entail, right? But there were many experts who believed it would never happen.

From Mike Florio at Pro Football Talk, who brought up the league’s aversion to anything relating to gambling, even mentioning the ridiculous restrictions faced on Tony Romo’s fantasy football convention:

It all sounds intriguing, intriguing enough to make “Las Vegas Raiders” into a Thursday night trending topic on Twitter. However, the NFL previously has made clear that it has no interest in moving a team to Las Vegas, due to the legality of sports gambling there. The league consistently has opposed the expansion of legalized gambling in states like New Jersey and Delaware, and the NFL said in 2013 that it’s unlikely that the league would stage the Pro Bowl or sanction any other game to be played in Las Vegas.

The NFL has yet to throw water on the idea of the Raiders moving to Las Vegas, possibly in an effort to get Oakland’s attention. But last year the NFL shut down an effort by Cowboys quarterback Tony Romo to host a fantasy-football convention at a non-gambling facility owned by, you guessed it, the Las Vegas Sands. It’s likely just a matter of time before the league makes it clear that the Raiders won’t be permitted to move to Las Vegas.

So the folks in Oakland, who have played this game of poker very well so far, aren’t about to freak out over the Raiders’ latest empty threat.

Jason Smith of Fox Sports Radio said a year ago that there would be a THOUSAND TEAMS the NFL would put in Las Vegas before the Raiders.

This quote from John Clayton appeared in a Las Vegas Review-Journal article talking about old-school NFL owners who could never envision Vegas housing an NFL franchise.

John Clayton isn’t so sure anything will help the Las Vegas cause when it comes to chasing an NFL dream, that within a group of 32 owners in which the average age is 70 exists far too high a level of established opinions against the idea.

“A lot of old-school owners go back to a time when they remember days of fixing games in sports and betting scandals with Pete Rose, and they would be worried about their football players living in Las Vegas,” said Clayton, longtime ESPN writer and TV reporter. “As a city, they love Las Vegas. But their concern would be how players would react in such an environment. This is their game, and if they ever put that carrot out there, they’d be worried about what could happen with 80 to 90 guys during a training camp and then a team there year-round.

That wasn’t all of it.  Later in the piece you’ll find this bold Clayton declaration:

“Said Clayton: ‘I’m not saying new-school owners would be in favor of a team in Las Vegas, but I can guarantee you the old-school ones wouldn’t be. I don’t think it ever happens. Never.'”

And the Mercury News called Vegas a longshot in a January 2016 article:

Las Vegas seems like a long shot in part because it has something those two cities lack: legalized gambling.

Of the four professional sports leagues, the NFL is the least comfortable with open gambling on games and has never wanted a team in Las Vegas, stadium consultant Marc Ganis said.

“I don’t think anybody is ready for it today,” he said.

Another reason possibly to be bearish on the Las Vegas Raiders, he said, is that the NFL also frowns on having stadiums owned by private operators not affiliated with the team that plays there.

As it turned out, the NFL voted overwhelmingly in favor of the Raiders moving to Vegas. In fact, only one of the owners, Miami’s Stephen Ross, voted against it. What could change the NFL culture so easily? The only thing that does – money. And money is always greater than silly old taboo.