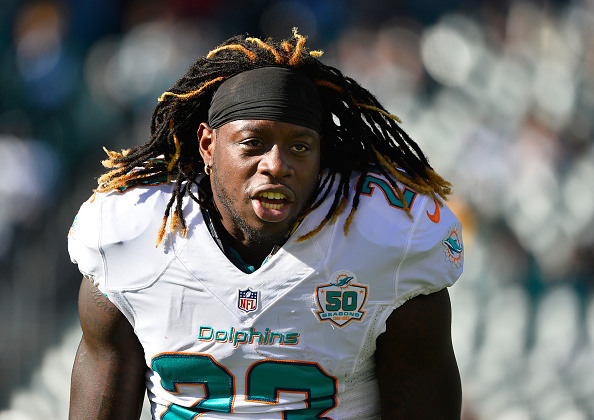 The Miami Dolphins were dead in the water so to speak early on in the 2016 NFL season.

It was a Thursday Night Football showcase game in Cincinnati and the Dolphins play was as shocking as their all-orange color rush uniforms. Miami fell to 1-3 on the season in a very uninspiring 22-7 loss and it looked like it was time for a rebuilding job to move on from the Ryan Tannehill Era.

Teams don’t often come back from 1-3 to make the postseason, and it’s even rarer when they come back from 1-4, but that’s exactly what the Dolphins did after another loss to Tennessee. Miami has won 9 out of 10 to put themselves at 10-5 on the season, clinching a playoff berth with a game in hand. And that’s in spite of losing Tannehill, who threw 12 TDs and just 1 INT in 7 of those 9 victories.

Let’s go back in the Cold Take machine to September after that Bengals loss when the Dolphins were called out as a national embarrassment and one of the worst franchises in all of sports.

“At 1-3, the Dolphins are right where they were when they shitcanned Joe Philbin last season. Sure, they’re dealing with a bunch of injuries—they were without six starters last night—and sure, the losses have come on the road against the Seahawks, Patriots, and Bengals, but the only reason they aren’t winless is because the Browns are the Browns, and the Dolphins sure tried their damnedest to lose that one. And while the organization is committed to quarterback Ryan Tannehill—both in word and in deed—it’s fair to start wondering whether Tannehill is going to get things together, or if he just sucks.” – Deadspin

The latest makeover by the latest coach under the latest general manager isn’t working. At least not yet. Fans have a right to be impatient. Promises, promises — that’s all they’ve heard as the team has gone through more incarnations than stadium names.

It’s not surprising the Dolphins are 1-3 at this juncture, but the way they’ve played is.

Owner Stephen Ross is blamed for failing to find answers. Vice president Mike Tannenbaum is blamed for roster changes that seemed odd during the offseason and goofy now. New coach Adam Gase is blamed for not elevating the play of quarterback Ryan Tannehill.

There’s an abundance of blame to go around, and the players deserve their share. Plug one leak in the dike and another one springs open. If it’s not run defense, it’s pass protection. When the run defense improves, the cornerbacks regress. The offensive linemen can’t block, or the linebackers can’t tackle. When the running game shows potential, the passing game turns dysfunctional. Or vice versa. Will we see the good DeVante Parker or the bad DeVante Parker? Is Kiko Alonso for real? Is Ndamukong Suh worth his weight in gold? Punter Matt Darr, however, is on track for MVP. – Miami Herald

From PM: The sad state of the Dolphins following another national embarrassment; Gase, Tannehill weigh in: https://t.co/Lky7wfQL09

But the way the Dolphins have arrived at 1-3 is depressing, distressing and highly troubling.

Not only have the Dolphins not improved from last season’s 6-10 disaster, but they might have regressed. – Miami Herald

Beyond time for the Dolphins to move past Tannehill.

What's the 2017 equivalent of Suck for Luck? #Dolphins

@MiamiDolphins need to just lose out and draft @BradleyKaaya #1 overall. Tannehill has not been able to get it done.

The Dolphins are really bad huh? Like one of the worst teams in NFL bad. At least if you're gonna be bad, be really bad & get a top pick.

Maybe the most scathing assessment came from FCT Favorite Danny Kanell, who said that the Dolphins deserve to be in the conversation for the worst franchises in sports. At the time, it was a pretty valid point…

“I think they’re underrated as one of the worst franchises in all of sports.”
–@dannykanell pic.twitter.com/ZYZffeNXdr

It was just as bad after the loss to the Titans…

There is a good possibility, by which I mean an awful possibility, that South Florida is home to the worst team in the NFL this season for the first time since the 1-15 embarrassment of Cam Cameron’s 2007. – Miami Herald

The scary thing here is not that the Dolphins need to completely overhaul their roster, but that they have shown the propensity to try and do so in a single offseason. That owner Stephen Ross is willing to spend cash on the team is a good thing, but it also means that the Dolphins repeatedly trick themselves into thinking that money can immediately solve every problem in one fell swoop. That leads to throwing truckloads of cash at past-their-prime veterans. They’re the only franchise which seems to purposefully model its approach to roster construction after Dan Snyder’s. – Deadspin

Best of all, the calls were coming for the Dolphins to be contracted!

Contraction should be on the table for the Dolphins.

The Dolphins have updated their logo for the rest of the season pic.twitter.com/eU4b9k3698

It’s been a pretty miraculous turnaround in Miami, which should lead every NFL fanbase to have hope that they can turn it around and do so quickly. The Dolphins might not do a lot of damage in the postseason as a Wild Card with a backup quarterback at the helm, but even making the playoffs after starting 1-4 and being left for dead by seemingly pretty much everybody is an accomplishment in and of itself.