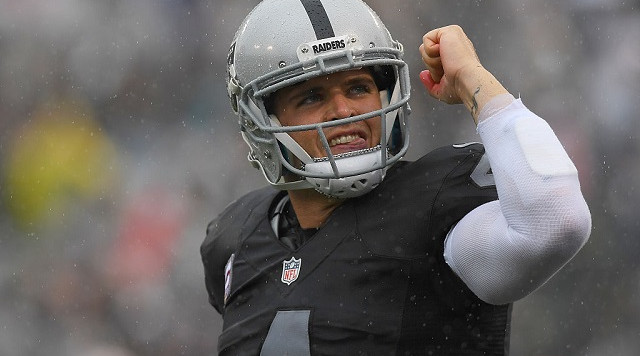 We think it will be fun to post tl weekly collection some of the coldest takes related to some of the events of the previous week.  Thus, we present the inaugural Cold Take Report.  One caveat: to avoid narrowing the selection of takes, a statement or quote that was made before the previous week may qualify.

Without further ado, the report… 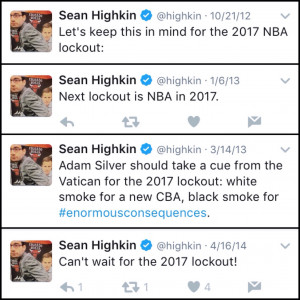 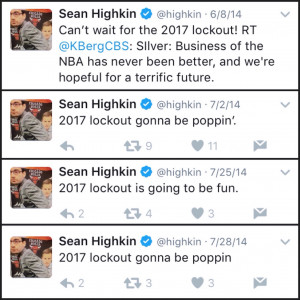 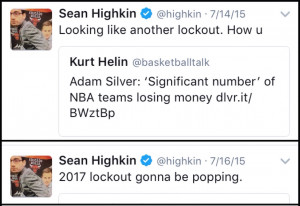 ('97) #Celtics won't get Tim Duncan, but @TBNSully says they have something better: Rick Pitino #ColdTakeNBADraft pic.twitter.com/JxcB6h5irn

Pitino’s tenure as Boston’s head coach was a failure.  In the three and a half years Pitino was in charge, the Celtics never had a winning record.

Hiring Kiffin is beginning of end for Saban's #Bama dynasty

“Kiffin,” of course, is offensive coordinator Lane Kiffin, who was announced as the new head coach at Florida Atlantic University last Wednesday.  In the three years Kiffin has run the Crimson Tide’s offense, Alabama posted a 39-3 overall record, won a national championship, and is currently the number one seed in the upcoming College Football Playoff.

Amazing how the #Jaguars jokes still fly. Newsflash: Dave Caldwell and Gus Bradley know what they are doing.

Caldwell fired Bradley on Monday after he posted a 14-48 record in almost four years as the Jags’ coach.

Nice job by Houston with Osweiler – I like that guy, thought Denver would have won SB with him too. That's a real QB.

After struggling all year, Osweiler was benched in the first half of Sunday’s game against Jacksonville in favor of backup Tom Savage. It appears that Savage will remain the starter for the time being.

.@PriscoCBS if he's buying the @Raiders "No, I think they're over-hyped"

"I do not see a way that #Minn plays in the Holiday Bowl. I don't see a resolution anytime soon." @CoachNeuheisel

Dolphins are going to lose this challenge. Lock it up.

The Dolphins won the challenge and the catch was ruled a touchdown; the first points of the night for the Dolphins en route to a 34-13 victory.

It has to do with the viability of a program that sucks money from a public institution and isn’t important enough    to enough people to justify such an expenditure.

This can’t be the best SDSU football can be. Long has had long enough to show he can do more. Like beat a big-time team. He can’t do it.

[Long] he has been unable to recruit a quarterback or enough other difference makers or come up with a way to beat North Carolina or Oregon State or Missouri or Washington.

Maybe the column was the jolt the team needed.  The Aztecs went 10-1 the rest of the way, including a perfect 8-0 Mountain West Conference record, a conference championship, and a 42-7 blowout win against American Athletic Conference foe Cincinnati in the Hawaii Bowl.

Long and the Aztecs had similar success in 2016.  On Saturday, SDSU capped off another 11-3 season with a convincing win over Houston in the Las Vegas Bowl.  Prior to that, the Aztecs won their second consecutive MWC championship.  The 2016 season also saw a victory over Pac 12 team California and running back Donnell Humphrey break the all time NCAA rushing yards record.  How is that for a difference maker?

As for Acee, he’s still not impressed. In a November 30 column, he confirmed that he still thinks Rocky Long should be fired:

Where I stand has been made clear – that the current head coach has been on the Mesa too Long, so to speak, that the Aztecs have bumped up too many times against the fence that corrals mediocrity and keeps it from greatness.

On Monday, Acee took to the radio airwaves to explain his position. He said that the Las Vegas Bowl performance did not change his mind and that although it was a “nice win,” SDSU should be a bit more “big time.” He further argued that his 2015 column was “all about relevance,” and that SDSU has to beat teams like Stanford and Arizona State for him to consider it a “big win.”  Is this just stubbornness from a columnist who refuses to issue a mea culpa? Or does Mr. Acee have a point?  Regardless, be careful what you wish for Kevin, big wins by up and coming coaches usually come with a large price, just ask the Aztecs most recent opponent, the Houston Cougars.

That’s just about it for this week’s report.  Here’s one more for the road…

See you next week.